Pain Still Fresh for Black Americans One Year after Floyd's Death
One year ago, the arrest of George Floyd in Minneapolis, Minnesota led to Floyd's death and brought new attention to police methods in America.
One of the officers involved in the arrest, Derek Chauvin, was found guilty of murder after a trial in April. A 17-year-old girl was among those who recorded video of Chauvin pressing his knee on Floyd's neck for over nine minutes.
The images angered people around the country. Many of them took to the streets of cities during the summer to protest the way police in America treat Black people. Some of the protests turned violent.
A series of protests took place about one week after the incident in a park across the street from the White House in Washington, D.C.
The treatment of Black people by police became an important part of the U.S. presidential campaign. Joe Biden won the election against former president Donald Trump.
Later, Biden called Chauvin's treatment of Floyd "murder in the full light of day," and "a stain on our nation's soul." Biden has been speaking with Floyd's family regularly over the last year. He invited Floyd's family to the White House for a meeting on Tuesday.
Earlier this year, Biden said he wanted to be able to announce a new law on May 25. The law, called the George Floyd Justice in Policing Act, is supposed to permit police to be charged with crimes if they do something bad while doing their work.
The U.S. House of Representatives passed the law in March. It has not been approved by the U.S. Senate. 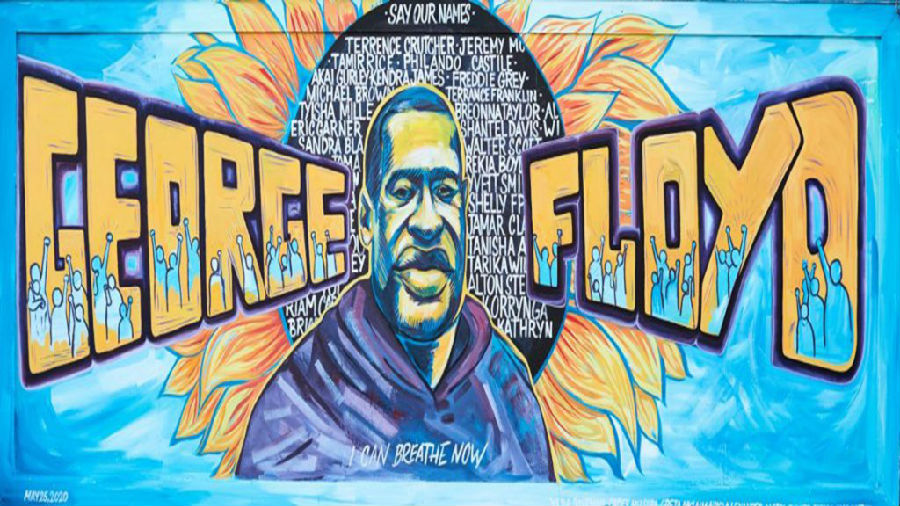 Legal experts say the girl's video was the reason the jury found Chauvin guilty of murder. While it was important evidence in the trial, the video continues to make Black people upset.
Sheila Holden is an African-American mother of two who lives in Maryland. She said she feels pain every time she sees the video of Chauvin holding Floyd on the ground with his knee.
"Seeing one person take the life of another is something I had never seen," Holden said.
Bruce Brandon u﻿﻿sed to work as a bus driver in Washington, D.C. He called the video "heartbreaking."
He and his family joined the protests last year.
"Taking part in the racial justice demonstrations gave us an outlet to express our outrage over the amount of police brutality against African-Americans," he said.
Allissa Findley is the sister of Botham Jean, a black man who was killed by a white police officer in Dallas, Texas in 2018. The officer, who was not working at the time, went into Jean's apartment by mistake and shot him, thinking he was trying to steal from her. She was sent to prison for 10 years.
Findley told the Reuters news agency seeing the video of Floyd is "traumatizing all over again."
One expert said seeing the images of Black people being hurt by police can increase the pain.
Mary Frances Winters runs a business that works with companies in an effort to create better work environments for people of different backgrounds. She wrote a book called Black Fatigue, about the health problems that come from racism.
She said all of the problems in society create "psychological and physiological ailments."
Researchers from the U.S. National Academy of Sciences agree. In a study, they found that the mental health of Black Americans is worse in the days following highly-publicized violent acts against Black people.
The leader of a Black religious center in Atlanta told CNN television news that he thought "all of Black America is suffering from post-traumatic stress disorder."
A mental health expert called it "toxic stress" and said the constant worry Black people feel can affect future generations.
Winters said the U.S should start to place more attention on the mental health of African-Americans. She said it is not easy to "bounce back" from years of racism.
"We have to challenge that idea," she said.
I'm Dan Friedell.